Photograph with title “Freedom – Temaca won‘t be sold“.
Map right columns was originally published in Spanish and has been translated for its publication here. 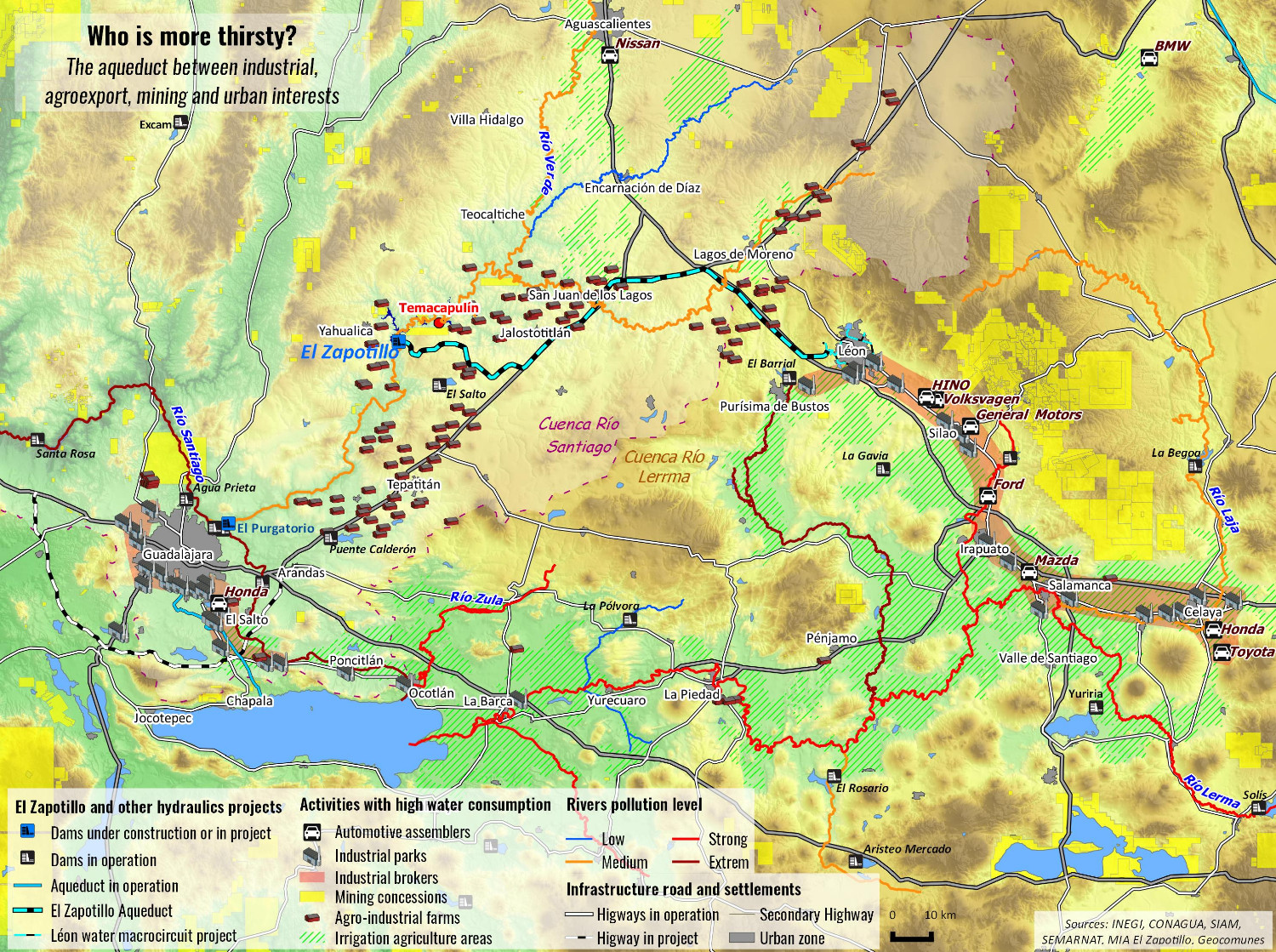